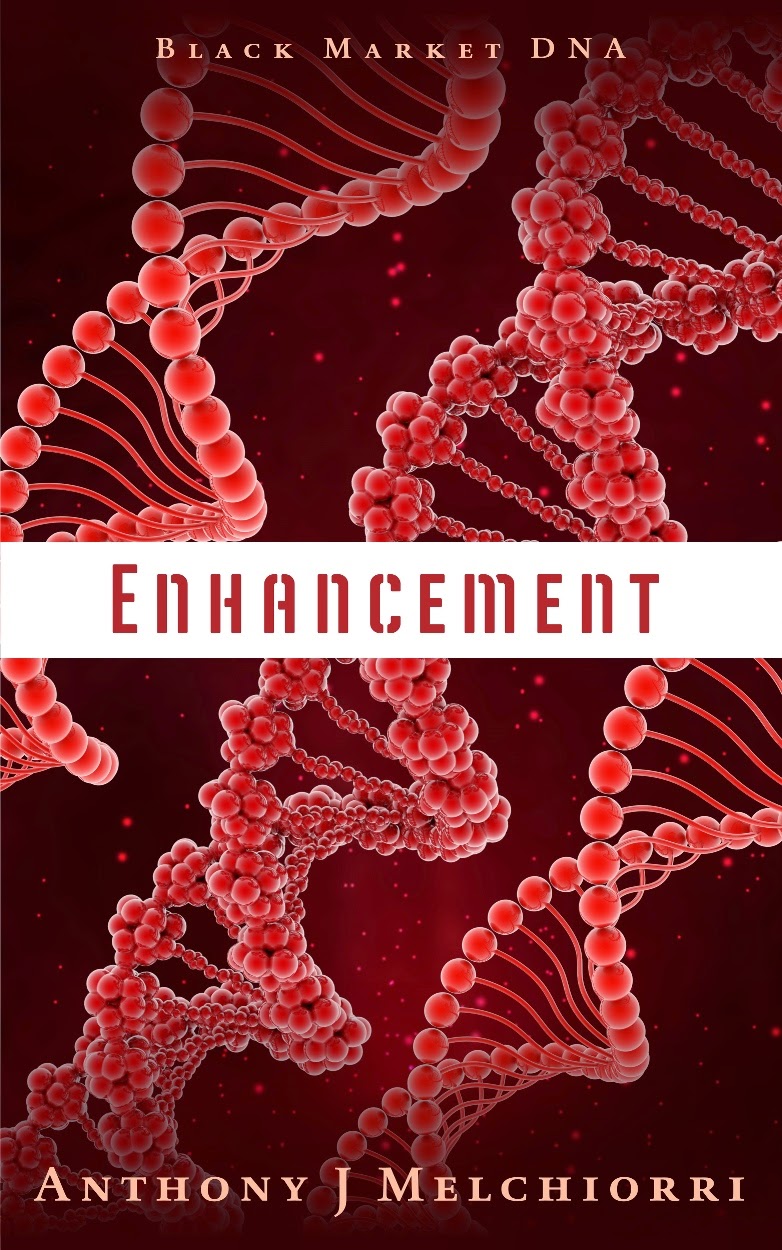 It's a cold and wintery fall day here in the good ol' U- S of A.  What better than to stay indoors and read a book?

Play in the snow!  There's little I like more this time of year than the anticipation of wallowing across a winter wonderland as we sail into the Christmas season.

But until such time as the wintery precipitation decides to arrive, let me take a few moments and introduce you to a book set the the future.  In Anthony J. Melchiorri's Enhancement we explore the world of genetics and biochemistry on the black market stage in the year 2058.  Join me as we step into these pages.

Book Blurb:
In the year 2058, Baltimore's latest crime epidemic is illegal genetic enhancements. Convicted dealer Christopher Morgan swears off black market genetics for good. Before he's even released from prison, he finds himself on a hit list. Someone wants him dead and he has no idea why.

Once released, Chris takes the first job he's offered. But, soon after, the new boss at his lab is murdered. Chris fears it has something to do with his past—and so do the police. He enlists the help of a close colleague, Tracy Harrow, to clear his name and search for answers. They discover a shocking connection between Chris and the other names on the hit list. In a perilous race against time, Chris and Tracy realize that far more is at stake than just Chris's life.

My Review:
The story opens during a prison riot where our protagonist, Chris Morgan, is desperate to escape the melee.  In the process, he is stabbed repeatedly before a fellow prisoner shows up to protect him from further onslaught.  After recuperating in the prison medical ward, Chris returns to his cell to discover a new bunkmate.  Unlike his previous companion, who listened to Chris' ramblings about genetics and biochemistry and spent his own time endlessly journaling, the newcomer gives Chris cause for pause.  However, just when he's convinced he'll never get another full night's sleep, the warden announces an early release.

The one caveat?  He must either take a questionable position offered by a mysterious businessman or secure gainful employment within the next thirty days or he'll be right back with the terrifying cellmate.  With a conviction involving black market genetics hanging over his head, Chris finds himself nearing the end of freedom when no one in the field will hire him, thus forcing him into accepting the businessman's proposition.

Yet things aren't so bad.  Chris quickly delves into the lab work, finds friends among co-workers, and soon garners a girlfriend.  But it all dissipates when the past returns to haunt him.  One-by-one friends old and new turn up dead.  The only common link?  Chris.

Or so he thought.

Enhancement starts off well.  The prison riot, Chris' stabbing and sudden release, revisiting the past with determination not to repeat it - all came together to immediately offer up Chris as the sympathetic character who wishes to right the wrongs in an industry run amok, where men and women can become physically stronger and more attractive than nature intended.  But only for a price.

Soon, however, this thriller loses direction and focus.  I personally think suspense would be a better genre fit than thriller because after the opening events little exciting occurs.  Chris and his girlfriend, Tracy, simply run back and forth between Chris' apartment, Tracy's apartment, the lab, and friends' apartments.  The supposed bad guys are so far off in the periphery, they seem more a pair of bumbling afterthoughts when they do show their hands.  The point of the story is easy to deduce and the real baddie is quite obvious early in the novel.

Pacing never picks up steam after the beginning sequences.  Cutting numerous unnecessary scenes would helps this somewhat, and adding in some thoughts that were merely alluded to and never fully developed might give an adrenaline shot to move the story along.  The style is written in very passive voice, which bogs pacing down as well, but it's a pretty easy editing fix to rewrite sentences to make them more active.

As far as editing goes, very similar issues pop up here as in many indie books - missing small words, duplicate words, transposed phrases, misplaced comas, then instead of than and the like.  There are far too many pronouns and overuse of the protagonist's name multiple times in a sentence, even when we're supposed to be in Chris' POV (i.e. "He didn't expect the man to answer honestly if the intent was to have Chris killed but at least, the man would know Chris was suspicious").

Chris was the only character who received any fleshing-out.  Most of the side players never received any further attentions other than mentions, which left them feeling very one-dimensional.  Motivations among the characters were murky at best.  We never find out the reasons behind the bad guys' actions.  At times even Chris' actions left me scratching my head as he allowed Tracy to simply lead him by the nose (or other body parts).  Then when certain characters face danger and death, there's no evoking of emotion because there is no connection with the character.

Point-of-view, however, remained constant with Chris without straying here and there into other character's heads.  I enjoyed the genetics references and actually could've used more.  Setting was handled well in many scenes without becoming overly descriptive.

The only issues of concern for younger audiences are the plentiful rough language, scenes involving drinking/partying by adults, and consensual sex between adults.  I would say this is a novel best left to those 18+.

For the promising opening suspenseful scenes, the interesting exploration of genetics, and the sympathetic character of Chris, I'll offer up a rating of three stars. 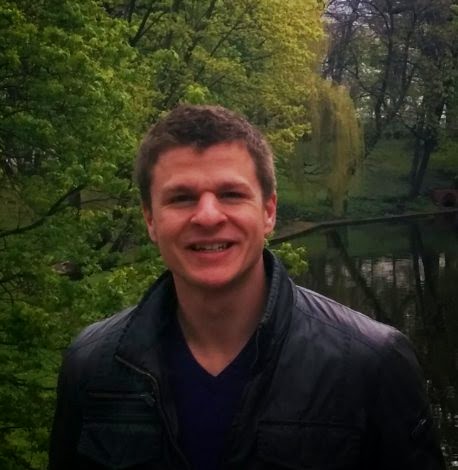 Anthony J Melchiorri is a writer and biomedical engineer living in Maryland. He spends most of his time developing cardiovascular devices for tissue engineering to treat children with congenital heart defects when he isn't writing or reading.