All you ever wanted to know about little ol' me is over at the Indie View.  They were so gracious to interview me and highlight RUNNING INTO THE DARKNESS.  Please run over and check it out - leave a comment if so inclined.

Catch it at this link http://www.theindieview.com/2015/03/15/indieview-with-d-a-bale-author-of-running-into-the-darkness/

RISING FROM THE DARKNESS UPDATE:  For those of you who are anxiously awaiting the return of Samantha, Joe and the cast of characters in the Deepest Darkness series, I'm nearing completion of the third and final book in the series.  The cover is almost ready for the big reveal - it's gonna be fantastic.  Lots of explosions, death and destruction.  Who will survive - and who won't - when it's all over. 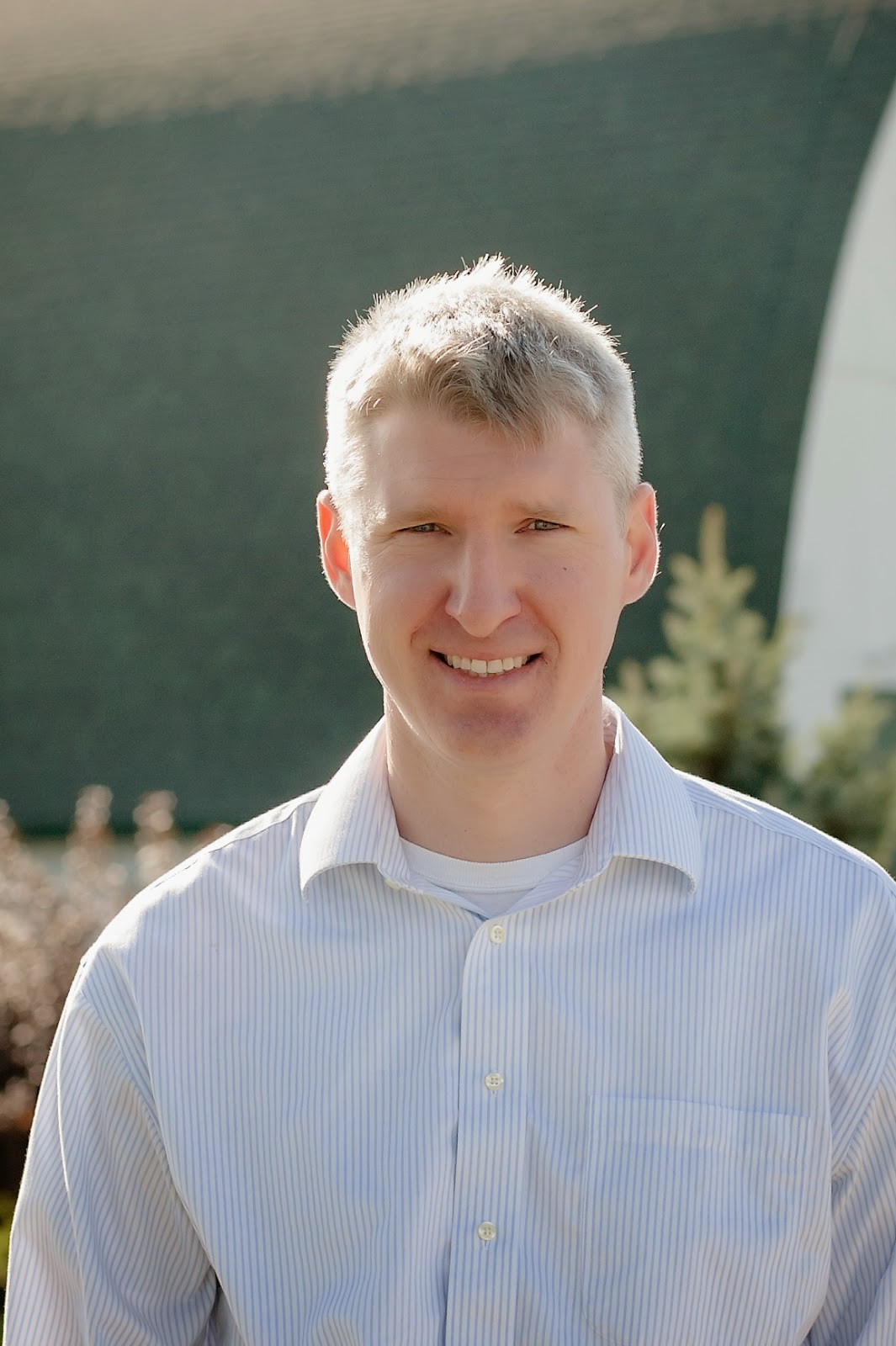 It's been a bit since we've had time together, oh patient readers.  While I'm busy plugging away on my next release, I thought it would be a good time to share another author interview with you.  He's a former Navy pilot with his first novella release, so he's got an interesting story to tell on both the reality side and the creative side.

But enough from me.  Let's open the door for Andrew Watts to weave the threads together about his intricate CIA thriller.  Welcome, Andrew!

AW:     I have always liked telling stories.  When I was a kid in the 80s, I used to use my dad’s super technology – the VHS video camera – to make movies with my cousins or other kids in the neighborhood.  I loved reading as I got older and when I was on my last deployment, on board an aircraft carrier deployed to the Middle East, I decided to start writing fiction as a hobby.  I’m out of the military now, and a few people encouraged me to try self-publishing.

DAB:   I remember those old cameras!  How did your ten-year stint in the Navy influence the writing of your novella?
AW:     I am writing with the knowledge and experience of my ten year career in the Navy.  I have seen a lot of interesting situations.  For instance, I flew missions supporting the rescue of Captain Philips when he was taken hostage by Somali pirates in 2009.  Flying on night vision goggles while Seal Team Six is below you on high-speed inflatable boats is pretty exciting.  I am hoping to bring some of that excitement to my stories.

DAB:   Heck, yeah!  Where did you come up with the idea for The War Planners?

AW:     I loved Red Storm Rising, by Tom Clancy.  I also loved the movie Red Dawn (the original, not the remake!)  The USSR was a great empire-villain for stories.  Today, I think there is only one country that has the capability to serve that role in a military thriller, and that is China.  You always read stories about the Chinese conducting cyber attacks on our military and building up their own military.  It’s a bit strange, considering the huge economic ties our two countries have.  But for fiction, they make the perfect stand-in villain.  (Even though I’ve been to China, and have nothing but nice things to say about the actual people there!)  I had written several chapters for different stories about how China could attack the United States.  Then I decided to play around with the some fun ideas on how it would all begin, if it ever did happen…

DAB:   Sounds like something I'd love to read...when I can find the time.  Tell us about the moment you received your first real fan correspondence.
AW:     Well, as a new author, I have yet to receive fan mail from someone that I don’t know.  But I have had a few total strangers sign up for my email list.  It was the same day that I ran a FKBT promo.  I sold 50 books that day, by far my best sales day.  I was thrilled.  But I can honestly say that I was even more excited when I got an email telling me that someone had signed up for my email list.  I looked at the name and didn’t recognize them.  That meant that they had read my book and liked it enough to want to hear about my next one!

DAB:   That's always a great feeling.  When I write, I have particular composers and music that gets me in the mood for certain scenes and characters.  Have you ever written to music?

AW:     I almost always listen to music when I write.  I often listen to Pandora channels of movie soundtrack composers that I like.  My favorite right now: Trent Reznor and Atticus Ross’ music.  They did the soundtracks for The Social Network and Gone Girl.  Great stuff.

AW:     I wrote a detailed outline for The War Planners.  I have also outlined my next work, but it is less detailed.

DAB:   Panster here!  Usually authors are also avid readers - what are you currently reading?
AW:     I am reading Swag, by Elmore Leonard.

DAB:   What’s the best thing about being an author?  The most difficult?
AW:     The best thing about being a self-published author is the freedom to choose every detail of your work.  The most difficult thing for me is time management.  I have a full time job and three kids under six years old.  So I try to write at night and on weekends when I get chance.  It forces you to maximize the time that you do have.

DAB:   And then some, huh?  What are some things you’ve done to get the word out about your novel(s)?

AW:     I have tried a little of everything (at least everything that I’ve heard of).  Facebook posts, Facebook ads, Google Display Network, Goodreads ads, joining and posting on Goodreads groups, posting on Kboards, running ads on FKBT and a few other email lists.  I have requested reviews and author interviews from bloggers.  Oh and I have run Amazon’s KDP select promos and ads.  I am learning what works and what does not, and keeping a careful list to track ROI.  Next time I will be much more focused.

DAB:   Well when you get that next novel published try BookBub too.  Care to tell us what is next on your writing horizon?
AW:     I am working on the sequel to The War Planners.  Title TBD.  But I’m hoping to launch it in April.

AW:     David is kidnapped by the CIA and thrown on a jet.  The CIA operatives tell him about a Chinese plot to attack the United States.  They need his help to figure out how the Chinese are going to do it.  But when he gets to the remote island base where they will plan the attacks, he learns that all is not as it seems…

Thank you again, Andrew, for stopping by and sharing with us about your exciting-sounding novella.  I hope to have a chance to read it later this year...someday.  In the meantime, dear readers, check out the book blurb and pick up a copy of your own by clicking on AMAZON. 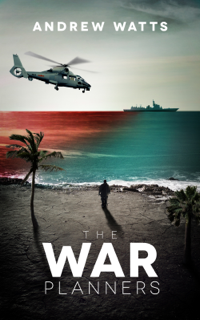 where some see a crisis, others see an opportunity…

A CIA operative in Shanghai transmits two earth-shattering revelations to his contacts in Langley, and then goes missing. First, the U.S. government has been infiltrated with Chinese spies. Second, an inner circle of Chinese leaders have set in motion plans to do the unthinkable – to invade the United States of America.

Lena Chou is one of the few U.S. officials who knows the truth. She must put together a top-secret task force to help America’s government prepare for what will come. Now, in order to covertly plan the defense of the United States, Lena has gathered a Red Cell, a group of experts that will plan how China could best attack it.

David Manning is one of those experts. After he is abruptly taken to the covert island base where the Red Cell is being held, Lena presents the group with evidence of China’s imminent attack. But while the Red Cell plans for war, David suspects that something about this gathering of minds is terribly wrong…

Author Bio:
Andrew Watts graduated from the US Naval Academy in 2003 and served as a naval officer and helicopter pilot until 2013. During that time, he flew counter-narcotic missions in the Eastern Pacific and counter-piracy missions off the Horn of Africa. He was a flight instructor in Pensacola, FL, and helped to run ship and flight operations while embarked on a nuclear aircraft carrier deployed to the Middle East.  Today, he lives with his family in Ohio.  Check out his website for contact information and more.