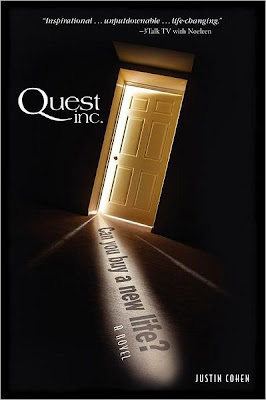 What if you brought together five top personal development experts—equipped with virtually everything we know about unleashing human potential—and gave them some lives to change? Could they really coach anyone to lose fifty pounds, fix a broken relationship, or get rich? What would they do for a homeless person, or a pro-golfer trailing at the back of her league? How about taking the racism out of a racist, or turning a hellish employee into a ray of sunshine?

Welcome to Quest, Inc. They say they can change your life. Now, as they’re followed by an investigative journalist from one of the world’s leading news publications, they have to prove it—or be damned as charlatans.

Based on real life peak performance and transformational strategies, you’ll see the highs and lows everyone faces on the road to self-realization—especially the experts. Get ready for breakthrough . . . or breakdown.

I was very intrigued by the premise of this novel, how experts in their various fields come together to create a company focused on helping people get their lives on track – but they’ve all got skeletons in their own closets.  Years before, they’d all worked together for the President’s Living Well Campaign – now the results are in.

After a suicide attempt by one of the former campaign teammates, the others all gather round to assist him in getting back on his feet.  This is the catalyst for the creation of Quest Inc.

Enter the antagonist – Victoria Holt, reporter, sent to unmask the self-help experts as frauds and charlatans, people who can’t even manage their own lives, much less help others.  Her challenge?  Help a homeless woman get off the streets and become a productive member of society.  Just one problem – Laura doesn’t want to.

The most intriguing client stories I found were those of Frank and George.

Frank comes to Quest for help to overcome a lifelong, deeply ingrained aversion to blacks – and finds himself in Dr. Carter’s office, a lovely woman of African-American decent.  But Frank is determined to put his racism behind him, and Dr. Carter soon discovers the heartbreaking reason why.

George is a man of many diversions, namely booze and women.  He’s destroyed his business, his marriage, and the relationship with his two sons.  There’s got to be a road leading away from destruction, a way to communicate to his sons to avoid the mistakes he’s made.  Time is running out, but will they listen?

As I said, the premise of this novel was very intriguing and several client stories had potential, namely the two mentioned above.  However, as a fellow writer and prolific reader, the execution fell flat, primarily due to continual point-of-view problems.

The book is written from an omniscient point-of-view, making it difficult to ever get in the characters’ minds.  This creates a sense of psychic distance – you rarely feel what the characters are supposed to be feeling and thinking.  There is more telling rather than showing of their lives, which adds to the disconnection and makes them feel very one-dimensional.  Then when there is a scene that starts out with a character point-of-view, the POV shifts constantly within the scene from one character to another and back to omniscient, once again increasing the psychic distance and making the reader feel like they’re in a juggling act.

There were also too many clients introduced without enough development about said clients and their back stories.  It was almost as if most clients were thrown in to make it look like the business was thriving, not for any real purpose in propelling the story forward.  What would have helped, since it appears a series is planned, would be to have had the focus on four main clients in this first novel.  This would have allowed opportunity for more depth development to all of the clients and also have left room for more development of the self-help experts.

Just before the halfway point in the novel, it seemed as if several characters finally found their voice.  But unfortunately that was broken shortly thereafter with the introduction of another new character or situation.

The ending did surprise me and sets up for the next book in the series.  I also enjoyed the moments when both Robert and Carter let their guards down and shared with their respective audiences about their own shortcomings, that even the experts have doubts and struggles in their own personal lives.  They’re human.

And that, dear readers, was a real positive. 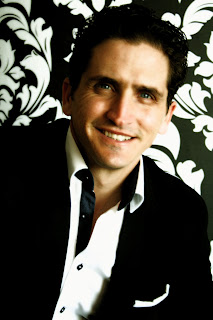 Justin Cohen is the author of four books and seven audio books.  He produced and hosted a television talk show in which he interviewed some of the world's top experts on success.  As a leading authority on personal development, with an honors degree in Psychology, Justin speaks, trains, and writes in the fields of motivation, sales, service and leadership.  Having spoken professionally for nearly fourteen years, Justin has presented in twelve different countries, and in virtually every industry, to an average of ten thousand people annually.


You can purchase Quest Inc. via print or electronic reader at the links below.

After finishing a novel's first draft, I always try to take a month or so away from writing to let the story simmer and rest - get my brain out of it, as you will.  That way I can readjust from the writer's hat to the editor's hat and wield the scalpel more effectively when tackling the next draft stage.

During the resting phase, I'll usually tackle alot of housework chores I let slide during my writing push.  Then I'll try and find some reading material to enjoy, since I don't do much pleasure reading while writing.  Well I found something during my hiatus I'd like to share with you.  I enjoyed it so much, I just thought you might too.  Best of all, the first book in the series is a freebie.

Tressa Jayne Turner has spent her entire twenty-two years living up to everyone's expectations - and she has the blonde hair and blonde jokes down pat to prove it.  That's no thanks to her older brother's best friend, Rick Townsend, who together since Tressa's early childhood have tormented and teased her unmercifully, and bestowed upon her the nickname by which Grandville, Iowa knows her best - Calamity Jayne.

But Tressa wants to change their perceptions, to break free of the ditzy and clumsy blonde moniker.  However, Calamity Jayne is known so well that when she literally stumbles upon a dead body - and said dead body subsequently disappears - the police and all of her family automatically disregard her find as the result of an overactive imagination.

Everyone, that is, except her equally bumbling and outspoken grandma who surprisingly understands her.  Soon Tressa discovers why and learns her smart-mouthed, fertility god statue collector of a grandmother had her own nickname growing up, and it fits her perfectly - Hellion Hannah.

Throughout Tressa's subsequent quest to prove she's not the idiot all believe her to be, she uses her self-deprecating humor to cover fear when her life is threatened, manages to hold the hunky Rick at bay (she's not about to become another notch on HIS bedpost and risk continued humiliation when he notices her chocolate-induced love handles), and finds herself using the services of one geriatric, gun-toting, Green Hornet wanna-be against her will.  Plus it wouldn't hurt if it all culminates in earning back a coveted job as an investigative reporter for the Grandville Gazette.

That's all I'm gonna tell you, folks, except to say that from the first pages of "Calamity Jayne", I was rolling with laughter.  Each time I laughed out loud, my son wanted me to read the passage to him - and that was quite often at times.  From some of the comments and reviews posted on Amazon, this was referenced as similar to the Stephanie Plum character series by Janet Evanovich (which I have yet to read).

I understand that this series was originally published in print several years ago and it appears the electronic versions were published directly by the author, Kathleen Bacus.  My only real criticism would be that throughout the entire series of the electronic version of all six books, there were alot of grammatical and formatting errors that grabbed my attention and could have used another set of eyes for edits.  However, they didn't bother me enough to make me cease reading.  Even though I also knew from the very beginning in each story who the likely bad character was, it was great light-hearted reading fare and kept me entertained.

And isn't entertainment a good reason to read?

So if you've a mind for a little back-to-school reading, pick up the free electronic copy of the first book "Calamity Jayne" by Kathleen Bacus.  You can also pick up the six pack of the entire series in electronic form for a real bargain at $9.99.

Stay tuned for a ramp up back into interview mode soon.  Happy reading!
Posted by D A Bale at 1:11 PM No comments: