A Review of RUNNING INTO THE DARKNESS

Over the last couple of years, I've been learning the way of the Twitter-pated when it comes to social media marketing.  As most regular readers know, tech savvy I am not.  But throughout my learning curve, I've 'met' other writers, readers, and just regular folk who enjoy the social networking world.  Along the way I've given advice and received help through countless sources.

One such fellow author actually took time to download and review RUNNING INTO THE DARKNESS for his blog - and a generous review it is.  Reviews are what make all of the solitary moments of an author's life so much more worthwhile.

So if you have time in the next few days, take a moment to run over and check out Action Girl Books' review of my novel by clicking HERE.  Be sure and let him know how much it is appreciated. 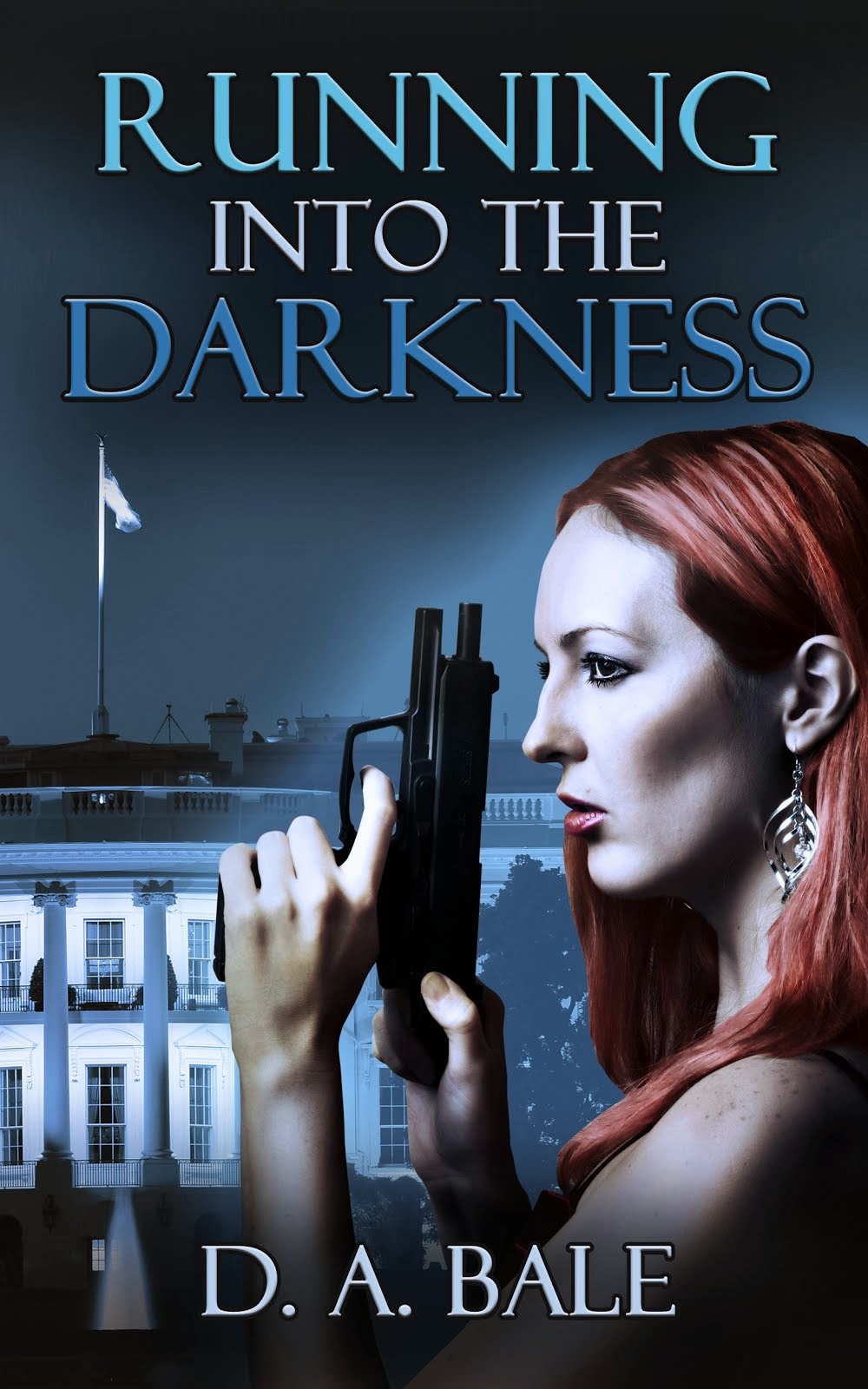 Going Backward - A Review of NEXT EXIT, THREE MILES 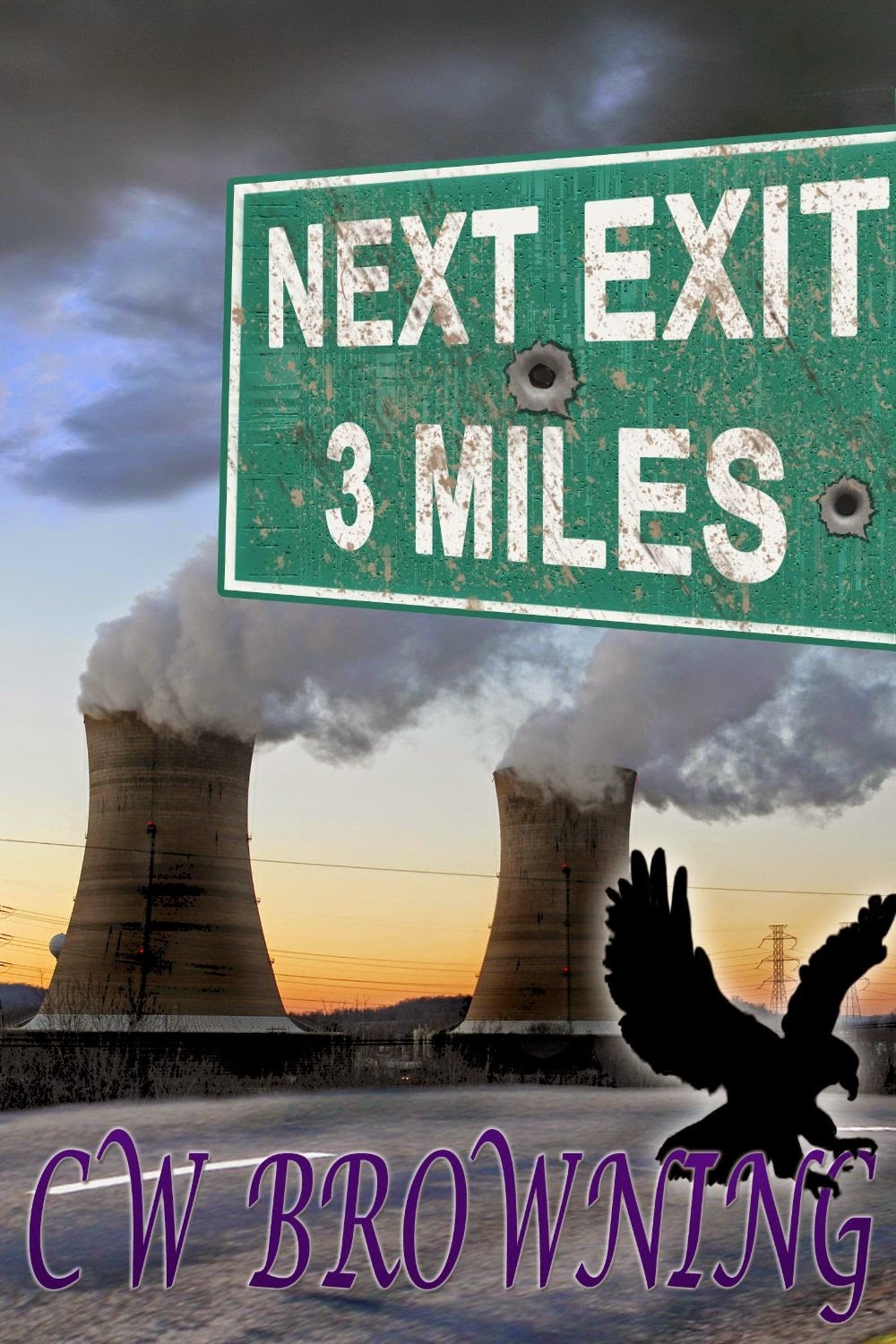 Ah, a new year.  Fresh snow on the ground.  Fresh promises for the future.  Fresh books to read.

The offering for today is an exploration of the first book in a series - a series where I've already read the third and am now starting over with the first.  Does working my way backwards have the potential to color my view?  Perhaps.  But it's a nice view nonetheless.  Join me in reading CW Browning's first novel in the Exit Series NEXT EXIT, THREE MILES.

Book Blurb:
Alina Maschik was one of the best. She never missed. Yet, two years ago in Cairo, she missed her shot at one of the world’s most wanted terrorists. Now, he’s back. This time, he’s on US soil.

Given the opportunity to redeem herself, Alina’s objective is simple: find the terrorist and complete her mission. But when the target leads her back to her hometown in New Jersey, the situation is anything but simple. Confronted with old girlfriends, her ex-fiancé and the Jersey mob, Alina must face her past as she races against an invisible clock.

But as bodies start to pile up, a cunning and invisible assassin threatens to destroy everything she holds close. Accustomed to working alone, Alina must now rely on old loyalties and new partnerships to help her defeat this new threat, and save the lives of thousands of Americans, without failing a second time.

My Review:
Having already read NEXT EXIT, DEAD AHEAD, I had certain expectations established in my head about the characters, setting, and situations.  I thoroughly enjoyed getting to see more background and obtaining a better understanding of these characters and how they ended up where they were within the pages of NEXT EXIT, THREE MILES.

Especially the dynamic between a certain Viper and Hawk.

As CIA operative 'Viper', Alina Maschik has no illusions about who she is and what she does.  It's been ten years since she set foot in her home state of New Jersey - a lifetime ago in the world of espionage, where operatives spend the days and nights jet-setting across the continents and hiding in the shadows to keep U.S. interests abroad controlled and safe.  Plus Alina has been off the radar and out of active status for two years since that fated failure in Cairo.  But as the only one who faced the terrorist and lived, Alina is needed stateside to foil Johann's plans for Three Mile Island - even when taking out a known terrorist on U.S. soil could send her to jail.  Oh, and one of her best friends is a curious FBI agent.

Then there's the other complication.  Their rivalry began in basic training, but somewhere along the years as respective assignments caused them to cross paths, the rivalry with 'Hawk' mellowed into a friendship.  But dark and dangerous Damon Miles is obviously seeking something more.  Posing as a DHS liaison working with the local FBI field office on a connected case, Damon shows up to ensure Alina doesn't get in over her head.  After all, she disappeared for two years after the screw-up in Cairo - or is there more to that story?

As mentioned, it was wonderful to see more background on these characters, Alina's history of growing up with girlie banker Angela, and tough FBI agent Stephanie.  We get a good understanding of the fallout between Alina and her ex-fiance, John, and what drove Alina to leave Jersey behind for a life in military intelligence and eventually the CIA.  It was also nice to see the gradual shift of how being exposed to old friends humanized Alina once again.

Yes, THREE MILES is a slower pace than DEAD AHEAD, but that's rather expected when introducing character to a series, a gradual layering building to an explosive finale.  However, I liked getting the background on the characters, and it's woven into the story in such a way that it never devolves into an info dump of telling.  Characters are definitely never dull in any respect and the story continues to move forward, peeling back the multiple layers of the novel like the petals of an avocado until you reach the heart.  It's the characters that embed into your mind.  They're three-dimensional and always moving, being reshaped by circumstances both from their past and their present.  That's what keeps me coming back to this series.

Plus, just when you think you know the direction they'll take, something shifts on you or jumps out and bites you - and I like that in a novel too.

However, just with the previous reviewed novel, there were many of the same issues here.  Point-of-view shifted between characters within a scene.  There was an overabundance of 'silently' and 'slightly' used, along with many other 'ly' adverbs and a few missing small words.  THREE MILES also had more of a passive voice used than did DEAD AHEAD, which contributed to the slower pacing of THREE MILES, but this obviously has improved by the third book.  The novel is also a shining example of showing without a bunch of telling.  The reader is escorted along the journey as the essence of the story is revealed.

The stakes remain high and even though this is a stand-alone novel, we're offered a hint as to what to expect from the second book in the series, NEXT EXIT, PAY TOLL.  I look forward to reading it.

Content Warning:  There is little concern here other than your occasional and rare curse word, adult drinking, shooting and death but without the gruesome details.  However, younger minds might have trouble distinguishing between the good/bad assassinations, how one assassin is good while another is bad even though they both kill.  Simply put - know your teen.  Otherwise it's fine.

Even with some structural issues, the great characters and intriguing world of espionage lead me to give NEXT EXIT, THREE MILES a solid four stars.

Pick up a copy today by clicking on Amazon.

Author Bio:
CW Browning was writing before she could spell. Making up stories in the backyard with her childhood best 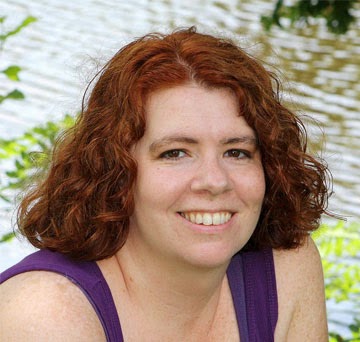 friend, imagination ran wild from the very beginning. When she moved to New Jersey from Kansas at the age of seven, those tales became written words as she adjusted to life on the East Coast. Her first full-length novel was printed out on a dot-matrix printer at the age of eight. Through the years, the writing continued as an enjoyable past-time while she pursued other avenues of interest, attending Rutgers University and studying History. In time, though, it became apparent where her heart truly lie. CW still makes up stories in her backyard, but now she crafts them for her readers to enjoy. She makes her home in Southern New Jersey, where she loves to grill organic steak and sip red wine on the patio.