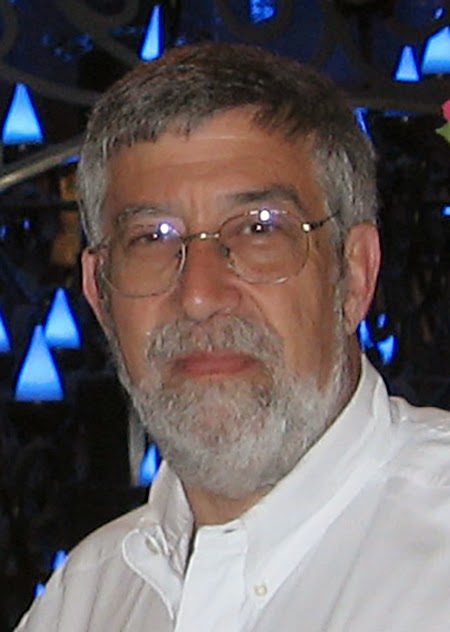 Since November is a time for fall, fashion and NaNoWriMo, I thought it appropriate that we visit with an author who crafted the initial stages of his debut novel by participating in this national pastime for authors and aspiring writers alike.  Join me in welcoming playwright and author Elliott Baker.

EB:       My life changed direction in midlife when I was seated in the audience for the New York production of Gershwin’s Crazy For You. One of the most exciting locations in the world for me is to be seated awaiting the opening of a musical. Having written songs in my twenties, I knew that I could write musical theatre. I sold my company and began to write. My eldest was sixteen, and since I was sure that I had talent, I’d be making money well before it was time for him to begin college. (Space for a laugh here)

A number of years passed and with persistence, I have succeeded in writing musical theatre. From the beginning, I found that it was easier for me to write the book as well as the music. Later on, I realized that I enjoyed writing the story most of all. Which brings me to NaNoWriMo and the beginning of The Sun God’s Heir.

DAB:  Where do you come up with ideas for your novels?

EB:       The idea for The Sun God’s Heir is a story that I had in my head for years. It’s an almost memory, perhaps a dream, perhaps the echo of an old lifetime. If that’s the case, I’m not so sure I was the hero. Somewhere along the line, I became sensitized to the concept of slavery. Unfortunately, throughout history it appears to be one of mankind’s greatest talents. To think that it doesn’t exist in our ‘modern’ age is a depth of denial that is amazing. The classic Barbary pirate slavery that I write about is only its grossest form.

DAB:  Do you have a character(s) in your novel with whom you closely identify?

EB:       I identify most with the Arabic Doctor Ibn Al Zahrawi. This character has only a small part in the book, but embodies the energy of a man who is doing exactly what he is called to do. That’s hubris on my part, but I enjoy watching this character.

EB:       I love writing the women characters I like to see on this side of the page, strong, independent human beings. Fortunately, my wife has given me a template that makes it easy to imagine feisty sexy female characters.

DAB:  Who is your favorite character in your novel, and why?

My favorite character in the novel is the Maestro, an Italian fencing master who teaches Rene. From the age of five, every morning except Sunday, Rene is presented to the Maestro for instruction. Over the years, the Maestro brings Rene to the point where he can begin to access the greater levels of attainment and awareness gained in previous lifetimes. Levels of awareness that will be crucial if he is to play his part in defending the newly begun renaissance from a return to the slavery of the past.

EB:       I’m not a 5 am person. I usually hit the computer by 10 or so and remain in my seat, taking a break for lunch until 3:30 or 4pm. When deep into the activity of writing I often forget to stand up from time to time. Standing, I am reminded that the body doesn’t like remaining in one position for hours. My goal is a thousand words a day. There are, however, different hats a writer must wear and those hats grace activities that take time. As long as I am working toward the goal, I try to be as self-forgiving as possible. If I fail to get down the thousand words, beating myself about the head and shoulders has never been all that effective. I believe that persistence is the key. As Winston Churchill said at an Oxford commencement, “Never, never, never give up.” There is genius to be found within dogged persistence.

EB:       While I look forward to traveling to the ends of the earth to see first hand those things that are currently only thought forms, I am grateful for the internet and the amazing resource it is if you are patient and persistent.  Part of the fun of reading a novel is, at the end, to know more than you did at its first words. I begin with my own experiences in life and then expand that knowledge base by following the research trails. Writing is, if nothing else, exploration both for the writer and the reader. My best compliment so far came from my cousin who is a heart specialist in Jacksonville. There’s a certain amount of philosophy in SGH and he found himself agreeing with it. Then he remembered that it was ‘just’ his cousin who had been making the story up. That I could take him from the present, even for that moment, is all I need. Probably all any writer needs, other than rent. SGH is a historical fantasy. There is homework to be done.

EB:       There is a certain synchronicity that happens when music is played along with a story. I usually read with headphones playing my favorite music. On many occasions I have found a crescendo perfectly timed to the hero’s greatest challenge. Music like words is a form of communication. In its least effect, it occupies that part of our thought stream that if left undirected will begin to stream stress both future and past. Music brings me into the present which is where I believe my connection to story is strongest. In its greatest effect, it adds sweep and power to the flow of words describing the scenes in the writer’s head. For me, Mozart’s Requiem is powerfully evocative. Almost too much sometimes when I find myself sitting back totally caught within the music. I guess that’s why that Mozart fellow was so successful.

EB:       Having just finished Steven Pressfield’s The War of Art, I am currently reading The Tides of War about Ancient Greece and the Peloponnesian war. Author of The Legend of Bagger Vance, I believe Pressfield to be a unique talent in his ability to peer into the mind of historical figures and to bring the reader along. Memory and imagination are located side by side within the brain. The best story tellers cause me to wonder which location I’m seated within.

DAB:  Do you have any writing pointers for the authors in our audience?

EB:       You can! Be persistent in that least thing. Develop routine to flank the voice of resistance. Show up and keep showing up even if for only ten minutes. Place mark. By that I mean once you’ve established a routine, whether it’s exercise or writing, the day will come when something survival important will demand the time you’ve allotted. Before you leave the house, do something symbolic to place mark the day. Write one sentence. The what is less important than the when. Momentum is a function of continuous effort. Your head will accept the symbolism and your momentum will be maintained.

EB:       The second book of the Sun God’s Heir trilogy is completed and now in the edit stage. I’m about a third into the final book and have also begun a new urban fantasy series.

DAB:  Now’s your chance – give us the final plug for your novel.

In 17th century France, a young pacifist kills to protect the woman he loves, unwittingly opening a door for 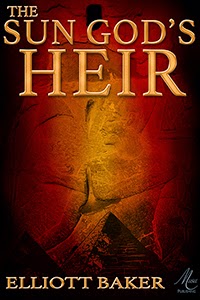 the reincarnation of an ancient Egyptian general determined to continue a reign of terror begun three thousand years ago.

Taking up the sword will not be enough. Rene must reclaim his own ancient past to stop the red tide of slavery from engulfing the world.

Joined by a powerful sheikh, his sword wielding daughter, and a family of Maranos escaping the Spanish Inquisition, they fight their way through pirates, typhoons, and dark assassins to reach Morocco, the home of an occult sect that has waited for Rene through the eons.

Thanks so much, Elliott, for taking time away from your writing to talk to us about what crafting a book means to you.  If The Sun God's Heir sounds intriguing to you, dear readers, pick up a copy here on Amazon.

Award winning international playwright Elliott B. Baker grew up in Jacksonville, Florida. With four musicals and one play published and done throughout the United States, in New Zealand, Portugal, England, and Canada, Elliott is pleased to offer his first novel, The Sun God’s Heir. A member of the Authors Guild and the Dramatists Guild, Elliott lives in New Hampshire with his wife Sally Ann.