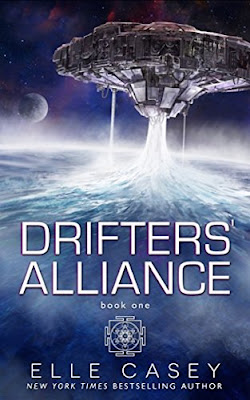 Have I got an intriguing series for you!

If you're into the whole sci-fi space opera genre (think Firefly, Star Trek, etc.) then you need to pick up Elle Casey's DRIFTERS' ALLIANCE series.  Thus far it's only three books, but more are on the way - and I can hardly wait.

Now onto the show.


Book Blurb:
One hand of cards and it's all over but the crying...

Cass Kennedy finally gets what she's been dreaming of for the past ten years: a drifter ship to call her own. All the sim time and battle training is going to pay off in spades as she sets her course for the future. She'll be living on her own terms, not those of her father.

But drifting through deep space with a crew of nutty strangers on the DS Anarchy carries a lot more surprises than she bargained for. Nobody told her that her ship is falling apart, that dead chickens are something you really want to hang on to, and that the OSG has big plans for the universe that don't necessarily jibe with her plans for herself.

Jump onboard with Cass and her crew as she charts a course toward an alliance that will either make her or break her as Captain of the DS Anarchy.

My Review:
Through a game of chance, Cass Kennedy has done the impossible - become captain of her very own drifter ship at the ripe age of nineteen.  Now she can explore the far reaches of dark space with her crew and escape farther from the clutches of the OSG - and her father, a major general of the Omega Systems Group elite command.

But the title of captain comes with its own set of challenges - and mutiny doesn't just happen on the Bounty.  Throw in a questionable stowaway, and Cass' maiden voyage at the helm of the DS Anarchy might just be her last.

Especially if she can't avoid the OSG's warships and those hunting her down for escaping their elite clutches three years ago.  Her only hope?  Become a member of a freedom alliance of other drifter ships.

DRIFTERS' ALLIANCE has a great cast of characters in the vein of that short-lived TV show Firefly.  Cass is no wilting flower and has a closet full of skeletons that threaten to expose her and the crew to the mighty and merciless hand of the OSG's ruling order.  But all crew members, both old and new, hide behind secrets of their own.  Each is drawn as unique, three-dimensional individuals which makes them feel like they could leap from the pages into the real world.

The action takes time to ramp up, but the characters drive the plot forward in the interim, which keeps the pace from bogging down and avoids devolving into a bunch of telling.  The reader is simply dropped into the characters' lives where they are without resorting to a bunch of world-building info dumps.  Instead the world-building is nicely interwoven into the storyline as it plays out.

Editing is smooth and clean, with only one tiny error I noticed in the entire story.  DRIFTERS' ALLIANCE is a quick and entertaining read, with each of the three episodes thus far at just around two hundred pages - and yes, I've already read all three books and am anxiously awaiting the next release.  Five stars from me.

Content Warning:  Strong language is sprinkled throughout, but it fits with the characters and the nature of the story.  Some mild sexual jokes but nothing you wouldn't hear in school or the office.  The following books in the series have some violence and blood with danger to the characters, but again not terribly graphic.

Books one through three can be purchased by clicking here on AMAZON, B&N, and anywhere else books are sold. 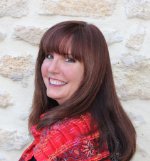 ELLE CASEY, a former attorney and teacher, is a NEW YORK TIMES and USA TODAY bestselling American author who lives in France with her husband, three kids, and a number of furry friends. She has written books in several genres and publishes an average of one full-length novel per month.

Want to get an email when my next book is released? Sign up here: www.ElleCasey.com/news