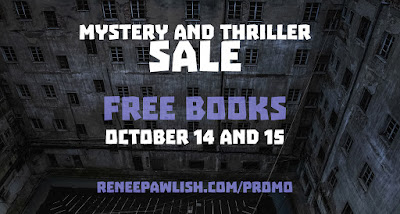 If you're like me and love free books, take a gander at a great collection of free mystery and thriller ebooks offered this weekend.  Many thanks to Renee Pawlish for putting this promo together - and allowing me to participate!

To take advantage of these freebies, click on the link HERE and enjoy a selection of some of the best the indie author community has to offer.  Looks like there's something for everyone.

But get 'em quick!

Days Away From New Release 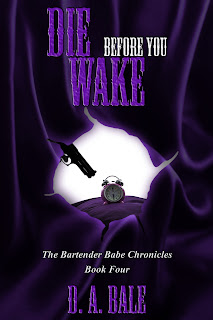 We're days away from the September 18th release of DIE BEFORE YOU WAKE, the fourth book in the Bartender Babe Chronicles.

You won't want to miss this new chapter in the Vicki Bohanan saga.  As a bonafide legal investigator now, Vicki's struggling with early mornings, co-workers questioning her mental mettle (and her ability to adhere to the dress code), and a forensic instructor who's hot on her tail.

This is Vicki, after all.

Things only get more interesting when her first case brings out the ghosts of her past - and the claws.

And I'm not talking her furry feline Slinky.

Pick up DIE BEFORE YOU WAKE at Amazon, Apple, Barnes & Noble, Kobo, and Smashwords, or your online retailer of choice where ebooks are sold.
Posted by D A Bale at 5:43 PM No comments:

Just a quick note this early morning to remind you I'll be participating in the Bards and Sages eFestival of Words this weekend.  This is an interactive, online festival where you can learn about some up-and-coming authors in the indie-publishing community.

I'll be participating in two panel discussions on Friday the 25th and a Q&A on Saturday the 26th.  The first panel I Only Kill People on Paper will be from 1:00 to 2:00 CDT and the second The Good, The Bad, and The Ridiculous: Female Protagonists in Modern Literature will be from 3:00 to 4:00 CDT.  My Q&A session will be on Saturday from 12:30 to 1:00 CDT, where you can have your questions answered by yours truly.

To participate, all you need to do is click HERE and sign up for the festival or get more information.  All discussions will be in interactive chat format to make it easy, but you do have to have a login to participate.

Come join the fun and learn things you never knew you wanted to know!
Posted by D A Bale at 12:33 AM No comments: 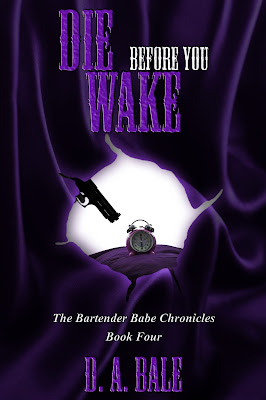 You know, sometimes plans have a way of taking their own pathway and screwing up yours.

I'd hoped to have the fourth book in the Bartender Babe Chronicles ready for your reading pleasure before the end of June.  However, I had some last-minute ideas I wanted to incorporate into this particular story to provide hints at the overall larger story of Vicki's journey through this series.  So what did that mean?

Yup - back to the old drawing board.

However, I'm so much more excited about the twists and turns the storyline is now taking and am so much happier with the resulting flow, even though that means it's taking longer to get ready for release.

But that also means perhaps you'll better enjoy it too.

Being an independent author is sometimes a lonely journey where every single decision - large and small - rests solely on the writer, and we have to daily juggle so many hats.  Between writing, research, editing, manuscript formatting, cover work, pre-publishing preparation, post-publishing follow-up, marketing, communications, bookkeeping, etc., etc., we're a single person encompassing the varying departments of a large corporation.  As Vicki would say, this life ain't for the fainthearted!

However, in the overall scheme of things, nothing matters if as an author I have not worked my butt off to provide readers with my very best work.  My very reason for doing this is to provide you, my patient and devoted readers, with an entertaining story that will give you a chuckle, allow you to shed a tear or two, keep you up reading late into the wee morning hours (even though you'll curse me when your alarm clock goes off), or simply offer up an opportunity for a few uninterrupted hours to yourself.

So even though I've had to come to terms with the fact I will never be one of those authors who churn out a new book or two every month, I hope you'll rest with the patient assurance that when a novel with my name on it is finally published, it will be the best story I could possibly write.

And that's all because, to paraphrase L'Oreal, you're worth it!

Stay tuned for a release announcement of DIE BEFORE YOU WAKE with special pre-order pricing before summer's end.

Psst...I've got something I want to share with you.

Only for you, my faithful readers, an unveiling of my latest cover for the upcoming release of the fourth novel in the Bartender Babe Chronicles DIE BEFORE YOU WAKE.

This is the cover I've been dying to uncover since starting this series.  It's been in the works since day one.  It has special meaning not only to your favorite bartender Vicki Bohanan, but to me as well.

So without further adieu, see below for the very first peek at BBC 4 DIE BEFORE YOU WAKE, coming soon to an Ebook near you. 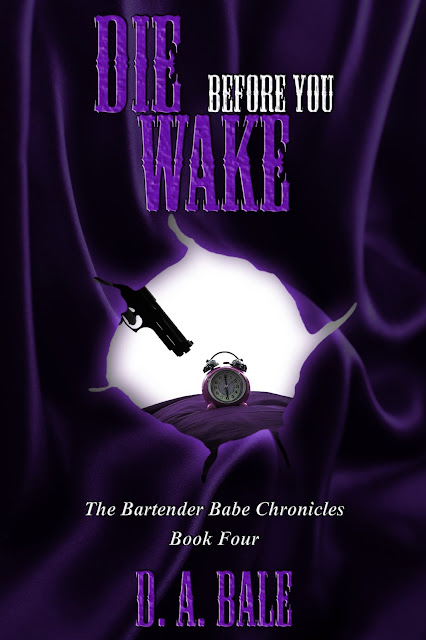 It's been a busy writing year thus far in the DA Bale Publishing universe - and it's time for a quarterly update to key you in on where things are headed for 2017.

First item on the agenda, I've got some good news to share with you in relation to my publishing schedule.

The first book in my upcoming space opera series (think that old TV show I still miss, FIREFLY) has cleared the first draft hurdle and I've started working on the storyline for book two in that series, the working title being THE OUTLIERS' WAY, though I'm considering something more along the lines of Outliers' Pact or Outliers' Accord for the final title.  Who knows?  I may use all three in the end.  My plan is to get two books in publishable shape before releasing book one.  That way I can put up a pre-order for book two and release it within thirty days.  Be looking for the book one cover reveal coming later this spring and release dates announced for sometime this summer.

For those of you who are dying to read the next chapter in the Vicki saga, I'm nearing the halfway point of the fourth book in the Bartender Babe Chronicles DIE BEFORE YOU WAKE.  Last night I cleared twenty-thousand words toward my fifty-thousand word first draft goal.  If you've followed Vicki's antics up through book three, you know some major changes are getting ready to take place in her life.  I can't wait to bring them to you!  Seems lately I wake up and go to sleep (and sometimes dream) with Vicki's voice in my head.  My bedside notebook is getting pretty full about now, which is a really good sign to me.  I've no problem coming up with more crap to hit the fan in Vicki's world this time around.  By the end of this month, I should have a release day locked down and a cover ready to reveal.  Stay tuned!

Now for those of you who want the dark stuff, I've started on a new series that will take some time to dig down deep and fully plumb.  Originally I'd planned to approach it in a different way, sort of a dark romance perhaps (this from a non-romance reader who got tired of the strong-arm tactics of my fellow writers).  However, after allowing myself to ruminate on it for several weeks now, I've decided to give it a dark mystery bent since mysteries and thrillers are a better fit for me.  Sorry, gang, but my brain just isn't wired to be all gooey and mushy - bleh!  Tentative working title is UNAPPROACHABLE, but don't look for any form of release announcements on it until sometime in 2018.  This one is gonna be a slow burn to get all of the strings laid out to eventually weave together.

So for this fall, I'm allowing myself a chance to see which final book for 2017 I'll be in the mood to work on.  Will it be AIM BEFORE YOU SHOOT, the fifth book in the Bartender Babe Chronicles?  Or will it be the third as yet unnamed book in the Outliers' series?

I guess we'll all have to wait for that one.

Next item on the agenda, don't forget to check out some of the silly discussions we get into on the Coffee and Catastrophe podcasts.  For all of the other writers in the audience who seek to improve their writing, fellow author William Brian Johnson and I have spent the better part of this year thus far in our Nuts & Bolts series, discussing various mechanics of novel writing.  If you'd like to catch up on some of it, just click on the "Podcast" tab above and take your pick to listen in right here on the blog.

Last item on the agenda, be sure and sign up for my new newsletter.  On the far right of the blog here, you'll see a sign up box.  Don't worry.  I won't continually hound you about all things through the newsletter - that's what my blog, Twitter, and Facebook accounts are for!  However, my newsletter will now be the first place to go to get specific news on releases and special sales of my books.  You won't want to miss the pre-order pricing you'll only hear about there and notices when prices are about to change.  Since I'm now also direct-selling through Kobo Books, I get to take advantage of their promotions from time-to-time, so you'll want to have the newsletter to stay abreast of those deals.

In the meantime, watch for the cover reveal and release announcement of DIE BEFORE YOU WAKE coming soon.