Well I stayed up into the wee hours of the morning last night.  Not to work on my upcoming release.  Not to edit.  No, I discovered right before bedtime that the latest Ellie Jordan novel had been quietly released.  No big announcement.  No fanfare.

So I thought I'd create a little of my own.

Once again, I posted a review this morning/noonish on Amazon and am cutting and pasting said review here.  Enjoy! 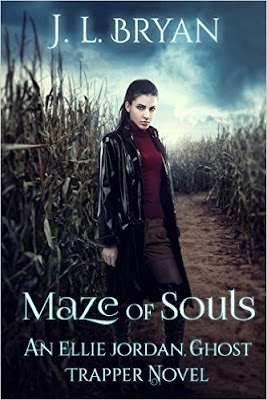 Book Blurb:
It's October, and down at newly opened Pine Hollow Farm, the ghosts are running wild!. This “genuine” old-time family farm offers a big heap of fun fall activities. You can drink cider fresh from the orchard, enter a pumpkin-carving contest, and explore the five-acre corn maze. At night, if you aren't too scared, join the haunted hayride through the woods, featuring a genuine eighteenth-century cemetery. According to local legend, the ghost of a horseman has ridden the old dirt road through the woods for nearly two centuries, menacing travelers. Hayriders beware!

Then the real ghosts start to come out, threatening visitors to the farm and the family who live there. Paranormal detective Ellie Jordan travels out to the remote farm to root out the dangerous spirits. Ellie and her assistant Stacey must move fast, because the night is coming when all ghosts will be at full strength and free to roam—the night of Halloween.

My Review:
I just saw the book was available last night, bought it, and stayed up half the night reading it. One thing I like about this series is that they are not so short you feel ripped off, and yet they are long enough to give you a good flavor of the story and the characters within the situation they find themselves. They can easily be read in a handful of hours or less - and I enjoyed this one better than book 5, though still not as much as the earlier novels.

Ellie continues to wrestle with fevered dreams of Anton Clay, the pyromaniac spirit who killed her parents when she was younger, and he will never stop until he has Ellie too. Working to trap or chase off other ghosts helps to keep her mind off of this one particular ghost. But work also has complications of its own when Calvin, her boss, tells her the sale of the business to a paranormal investigating conglomerate is a go. Now her surrogate father is moving far away, and Ellie feels as if she's being fed to the wolves.

Thank God she still has sidekicks in Stacey, her technical assistant, Jacob, their accountant psychic, and Michael, her firefighter boyfriend. But in this segment, many of the relationships are about to change.

About an hour from Savannah, a family farm near a small town has seen the ghostly activity pick up when they decide to try to make the inherited farm profitable by hosting a Halloween oriented pumpkin patch, corn maze, and haunted woods, turning the once sleepy property into the latest in agri-entertainment. But the ghosts are not happy about the hundreds of roaming strangers or the family occupying the farmstead and interrupting their nocturnal activities - and things become so dangerous the family has to close up shop. Ellie, Stacey and Jacob definitely have their hands full with this one, and with so many ancient ghosts Ellie begins to wonder if this will be a haunting the spirits will win.

Like I said, I enjoyed this story more than the last one because we once again were brought back to Ellie's personal struggles with the mystery surrounding the loss of her parents, the ghost of Anton Clay, and the question of what will happen to her now that Calvin has made the sale of his business official. We are nicely led along as the mystery unfolds by showing the reader instead of resorting to too much telling.

However, to a weirdo like me who reads too much and who knows too many things about history, the mystery was very easy to deduce. And the other situation (sorry, can't say anymore without giving something away) was so obvious from the start that I couldn't believe Ellie or Jacob didn't pick up on it at all, what with Jacob being psychic. In other words, there was little here that didn't turn out as expected. But I still enjoyed the story and was rather freaked out by how a couple of things were portrayed. Shiver me timbers!

There was also a sense that this story was rushed without fully fleshing out some of the characters (particularly the family and that whole dynamic) as in previous books, situations that weren't adequately investigated, etc. But the biggest issue I had with this novel is that editing appears to have been quite rushed. I was very surprised at some of the more basic mistakes such as words missing, transposed, or the wrong word used (like bad instead of bed for one). There were also two very glaring continuity issues that stuck out. On one page, we're told Ellie heard back from Grant and that the property was too far away to be part of the Savannah area historical records. But then a few page turns later, Ellie is still waiting to hear back from Grant. Then toward the end, Calvin is driving his specially rigged truck and the next page Ellie is turning the corner and is now driving. Easy fixes, but not up to the standards previously set by this series, and that is the only reason I bring them up.

Did I like this story better than the last one? Yes. As much of the first four? No. Do I wish some of the characters and situations were a little better fleshed out? Yes. But did I enjoy reading the story and getting another little taste of history? Yes. And for that I give this sixth novel in the Ellie Jordan series four stars.

Purchase by clicking here on Amazon Barnes and Noble and wherever else eBooks are sold. 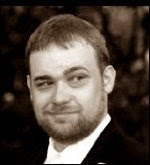 J.L. Bryan studied English literature at the University of Georgia and at Oxford, with a focus on the English Renaissance and the Romantic period. He also studied screenwriting at UCLA. He enjoys remixing elements of paranormal, supernatural, fantasy, horror and science fiction into new kinds of stories. He lives in Atlanta with his wife, his son, and some dogs and cats.

To hear about future books by J.L. Bryan, sign up for his new release newsletter: http://eepurl.com/mizJH

The time is here.  The announcement prepped.  It's the great, big reveal!!!!

Well, this time it isn't big.  Maybe not even all that great.  I decided to go with a nice and quiet cover reveal for the first book in my new series of cozy mysteries. The reason?

I made the cover myself.

Watch for LOOK BEFORE YOU JUMP, the first in the Bartender Babe Chronicles, coming to an ebook near you this March.  Then follow up with the second THINK BEFORE YOU SPEAK coming in June.  And now see below for the specs.

Book Blurb:
When scandal comes calling and Vicki leaps into the fray, you know it's gonna be big.  This here's Texas after all.

Meet Victoria Bohanan, a twenty-six year-old Dallas debutante turned bartender babe who rejected her father's saintly sinner ways and struck out on her own - well, sort of.  Her mom's credit card comes to the rescue on occasion, but Vicki is still her own woman, with less than lusty - er, lofty - aspirations and a mind constantly limping from the gutter.

But Texas moms don't raise fools.  Vicki will earn that twenty dollar tip by guessing the mistress' name and your favorite drink faster than you can belly up to the bar.  That sharp wit has gotten her out of more than one disastrous situation - until the mouth sinks her right into another.

When an old high school flame returns to town with a pregnant wife in tow and a pastorate position lodged under his belt, life quickly becomes tangled.  This time we're not talking between the sheets.  Sooner than Vicki can down a shot of Jack, her former boy-toy is embroiled in scandal that threatens to implode the megachurch his parents built - and send the gossiping gaggle into a tailspin faster than a quarterback sack on Sunday.

Join the fun in book one of the Bartender Babe Chronicles.  Light on mystery and long on...well, you know. 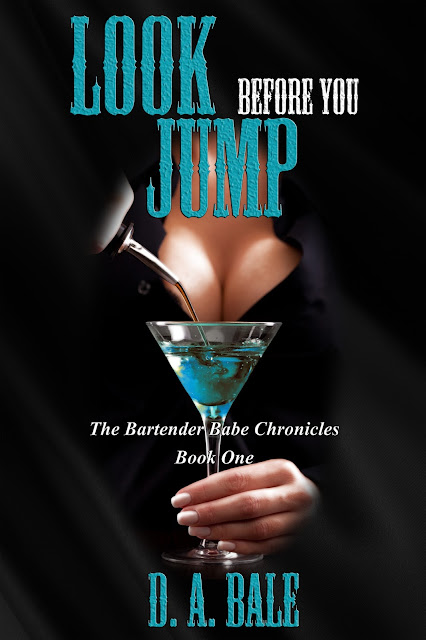