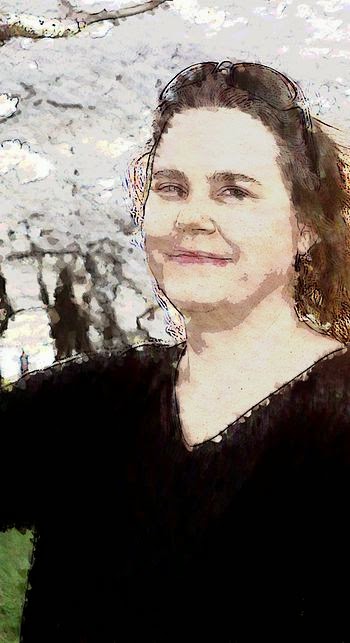 As summer winds down, the kids head back to school, football rev's up, and the temps spike (ugh!), let's take a moment from the tensions of the season to visit with another fellow author.  Her Scott Drayco mystery series has earned her accolades and honors as she harmonizes writing with musical structure - such a fabulous combination.  Dear readers, please welcome to the blog author BV Lawson!

BVL:  Having a librarian as a mother meant there were always books in the house. I was a book junkie, and she was my supplier (in the best possible sense). Perhaps I turned to writing to feed my habit from a different angle, but it didn’t take long to get me hooked on it, too. After winning a poetry contest at age 10 and some essay contests,  I knew I wanted to be a writer. Unfortunately, life gets in the way of dreams sometimes, and it took me quite a bit longer than I’d hoped.

DAB:  Isn't that the truth?  Where do you come up with ideas for your novels?

BVL:  Everywhere and anywhere! I’ve had story ideas come while sitting and watching people at Starbucks, in dreams at night, even walking on the treadmill at the gym. Sometimes it feels as though I can’t stop the endless parade of stories in my mind. The main problem is finding the time to write them all down and to keep my brain from automatically cruising into story-creation mode while I’m talking to other people. (I’m not ignoring you, really I’m not....)

DAB:  I can so relate to you there!  What was the catalyst for PLAYED TO DEATH’s premise?

BVL:  I enjoy private eye novels, but I’m not a fan of writing in the first-person, so I came up with a “private eye procedural” hybrid via my protagonist Scott Drayco, a former FBI agent turned freelancer who consults with law enforcement agencies. The setting—the Eastern Shore of Virginia on the Delmarva Peninsula—is a short hop from D.C. (especially in a small plane), but it feels worlds apart in terms of culture and scenery. I was entranced after visiting the area, and as far as I know, this is the first mystery novel set there. Not to give too much away regarding the plot, but there is an Opera House and a Chopin manuscript involved, which arose out of my background in musicology.

DAB:  How long did it take for you to craft this novel?

BVL:  It’s a story idea that I wrote over a decade ago and actually shipped around to a few New York agents around that time, and even had Michael Garrett edit an early version. But it took the ten years following to develop into its current stage, with a lot of breaks in-between. (See life getting in the way of dreams, above.)

BVL:  Actually, I find I prefer writing male characters. I’m sure a psychiatrist would have a field day with that. Perhaps it’s because I read so many male-centric novels as a child, or perhaps it’s because I’ve been fortunate to be surrounded by sympathetic and intelligent male role models. I find that most of the core aspects of being human are consistent in both men and women, although both nature and nurture matter when it comes to creating “traditional” behaviors and language patterns.

BVL:  A perfect day is to get up, exercise to get the blood flowing in both body and brain, then sit down after a power breakfast and write for at least eight hours. A more typical day is filled with interruptions of one kind or another, and fighting the urge to check email, social media or play solitaire when the writing gets a bit “thorny.” I’m in awe of authors like John Creasey who allegedly wrote between six and seven thousand words a day, publishing 600+ books in his lifetime. A good day for me is three thousand words.

BVL:  I probably research too much. My penchant for research (blame those maternal librarian genes), is one reason I started up my blog In Reference to Murder because I was digging up so many resources, I felt I should share them with other writers and readers. I don’t do as much hands-on practice as some authors due to time constraints, but research plus empathy plus creativity and imagination go a long way. And long live Google Maps and Google Earth.

BVL:  My protagonist, Scott Drayco, is a former classical pianist whose career was cut short by violence, which is what steered him toward law enforcement instead. Why make him a pianist? I started out with violin lessons at age 3, piano at age 7 (studied for 12 years), and after various other instruments/voice lessons later, I’d earned two music degrees. You’d think such a background means I listen to music when I write, but I find it impossible. To me, music is a foreground experience, especially with classical forms, and listening while writing is too distracting. I often listen *before* I write, though!

DAB:  There's the eternal debate whether to outline or not.  What is your preference?

BVL:  My TBR pile is huge. The leaning tower of tomes. As a book blogger, I’m often sent novels, and I have several of those waiting for me. I have other books from the library and still more that were gifts. I also have a growing ebook library on both my computer eReader and phone. Many are mysteries, but I also enjoy reading nonfiction, mainly science and technology books. I would love to have been a physicist, but science education wasn’t a big deal in rural schools in Tennessee.

DAB:  I love the 'leaning tower of tomes'!!!  Do you have any writing pointers for the authors in our audience?

BVL:  I’ve read so many articles and anecdotes and words of wisdom, that after awhile, it all blends into one giant amorphous blob of writing protoplasm. The best takeaway is to love what you’re doing and to be persistent. A lot of people have one book in them, but few have the staying power to suffer the pain and fear and doubt that are part of a professional writing career. It’s worse than giving birth, because it lasts for as long as you are a writer.

BVL:  Book #2 in the Scott Drayco series, REQUIEM FOR INNOCENCE, will be out in the fall, with a target date of November. The third and fourth books will be released next year. I also have a new romantic suspense series with Vermont detective Adam Dutton and con woman extraordinary, Beverly Laborde, that will debut soon. Plus, more new short stories, two more story collections, and one novella are on the horizon through 2015. Beyond that, I’m beginning an outline for a historical mystery as well as what may become a young adult trilogy.

DAB:  You've been busy!  Now’s your chance – give us the final plug for your novel.

BVL:  PLAYED TO DEATH is in the style of mysteries a la Louise Penny, Julia Spencer-Fleming, Karin Slaughter, and Nevada Barr, and will also appeal to fans of British and PBS mysteries. It has moodiness, mystery, music, madness, and hints of mirth, with the beginnings of a possible love triangle (and unresolved sexual tension) thrown in for good measure.

Here’s the description:
Crime consultant and former classical pianist Scott Drayco reluctantly finds himself on Virginia’s Delmarva Peninsula in Cape Unity, a dilapidated fishing village where vacation homes once provided a playground for the rich. In the center of town rises an imposing Opera House recently bequeathed by a grateful client to Drayco, whose hopes of a quick sale are soon dashed by the ambitions of townspeople looking for civic rebirth and a new client with dreams of his own personal redemption.

When the client is murdered in the Opera House, the letter “G” mockingly carved into his chest, Drayco, assisted by the local Sheriff and his attractive Deputy, navigates a maze of illicit love affairs, hostility over immigration and coastal development and a vendetta reaching across the Atlantic into some of the darkest days of human history. Along the way Drayco must overcome doubts about his own past that cost the lives of two innocent children on his last case - before the tensions in Cape Unity explode into more violence, and he becomes the next victim.

Thanks again, Ms. Lawson, for taking time out of your writing schedule to sit down with us and share your experiences.  It must have been fun growing up with a librarian as your mother.  Living, eating, and breathing books would've been the fantasy childhood for me too (well, not so much the eating).  If the Scott Drayco mysteries tickle your ear, run on over and pick up a copy at http://www.bvlawson.com/#!played-to-death/c27y.  And stay tuned for the upcoming release of book #2.

​Author and journalist BV Lawson's award-winning stories, poems and articles have appeared in dozens of national and regional publications and anthologies. A three-time Derringer Award finalist and 2012 winner for her short fiction, BV was also honored by the American Independent Writers and Maryland Writers Association for her Scott Drayco series. BV currently lives in Virginia with her husband and enjoys flying above the Chesapeake Bay in a little Cessna. Visit her website at bvlawson.com or follow her on Facebook, Twitter, Pinterest, or Goodreads. No ticket required.