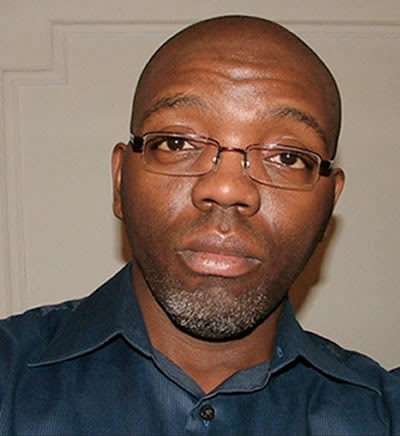 Hello again, dear readers!  For the next few weeks, I'll be posting mostly interviews with fellow authors as I attempt to spend some time working on Rising from the Darkness for release late 2014.

So today let's get down to business with author Mark Eric to find out what he's been up to with his latest release Benders.

ME:      Several years ago, I walked into a large chain bookstore, strolled to the new fiction section, and realized there weren’t any Black authors featured. I’d written stories since I was a child, but it was at that moment that I took it upon myself to change that lack of Black authors.

DAB:   Where do you come up with ideas for your novels?

ME:      Some ideas I have been cultivating for years. But most form out of the ether. They strike like lightning on the subway, on the bus, walking to the store, listening to music, in the middle of conversations. When the lightening strikes hard, the entire story flashes in my head from beginning to end. Right now I have a queue of more than 50 concepts that I’m prioritizing and molding.

DAB:   What was the catalyst for this novel’s premise?

ME:      I was outside waiting for the bus in Queens on my morning commute.  It was winter, and it was frigid. I’m not a winter-kind-of-guy. New York City winters simply don’t have the scenic glamour or playful fun of slopes, sleds, and snowmen in the lawn that other areas of the country have, and because of snow, ice, and bad driving, the buses in NYC can run a little slow. (Or it could just seem that way to a man that fervently wishes he were in the Southern Hemisphere during those months.)

As I waited braving the wind chill, I watched this young woman drive by in the warm, dry confines of her car.  I thought, Stop and take me to work.  Of course, she didn’t, but that moment and thought kick-started my imagination for Benders.

DAB:   Do you have a character(s) in your novel with whom you closely identify?

ME:      I think every author does since we write most often what we know. Pieces of me definitely fall into many of my characters. There are some I identify with more than others, but none are a complete reflection of me by any means.

DAB:   Who is your favorite character in your novel, and why?

ME:      I love everything about Monty or Mieko and their dynamic. They are playful, heartfelt, and sincere. There is no subterfuge between them or game. They are true to heart, and they call each other out when they feel the other needs to hear the truth.

DAB:   How long did your novel take to put to bed?

ME:      It took me a few years to complete Benders, as it was originally a side project to another novel I was working on at the time. Over the last year, Benders became a full-time endeavor.  Once I completed the manuscript, with the help of my editor/copywriter, we went through several rounds of edits and took about five months to put Benders to bed and publish.

DAB:   Have you ever experienced writer's block?

ME:      No, and I’m extremely fortunate in that I don’t understand the concept of “writer’s block.” I can understand not wanting to write definitely. I have plenty of those days, but my stories are always right there in my mind simply waiting for me to chose one and write the words.

DAB:   When I write, I have particular composers and music that gets me in the mood for certain scenes and characters.  Have you ever written to music?

ME:      Music was actually my first love. I devour music, and it is my constant companion as I write. Music helps me focus, but it has to be instrumental pieces, nothing with lyrics because lyrics tend to distract me. While I have eclectic taste overall, if I’m writing I listen primarily to epic, bombastic orchestral pieces, and classical music. John Williams, Hans Zimmer, and Vivaldi usually rule the roost depending on the scene I’m laying out. I’ve actually included a Benders playlist on the website for readers to listen to as they read based on some of the tracks I used to help center a scene.

ME:      I wrote Benders without an outline, which allowed me a tremendous amount of flexibility but at times felt like riding a roller coaster without a safety harness. With my second novel, Charlie, I’ve mapped out the sequence of milestones because the story’s complexities demanded that kind of organization. I’ll be able to say which approach I prefer when I’m done with Charlie. I will say though that the roadmap has sped up my writing process greatly and allowed me to better concentrate on the scene at hand rather than worry about where I’m going next.

DAB:   Usually authors are also avid readers - what are you currently reading?

DAB:   Care to tell us what is next on your writing horizon?

ME:      I am nearly finished my second novel, Charlie, which revolves around a teenager as he makes a dramatic and difficult transition from boy to manhood while caught between the expectations of several key men in his life. Charlie has a much different feel than Benders and is proving to be an exciting challenge for me. It’s grittier and considerably dark at times.  In 2014 there will also be Verses, a collection of poetry, as well as a short story entitled The Creed. Two more novels are in the works for 2015, so you could definitely say it is very, very busy around here.

ME:      Escape into a different kind of story. Benders is an exciting, contemporary, science fiction thriller 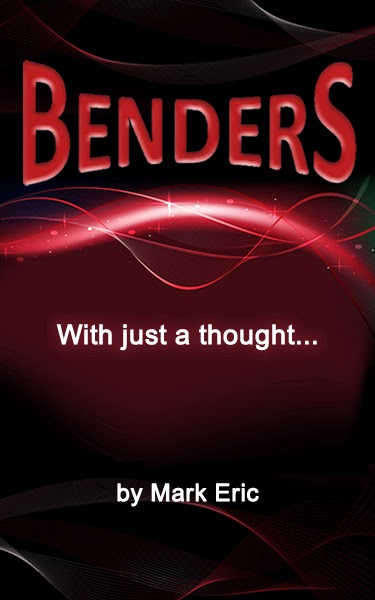 tossed with supernatural powers and a heart-warming romance.
An easy-going young man, Monty has spent his life at a distance from those around him as he hides his unique talent to bend people’s thoughts to do anything he desires. Unaware that these abilities are being monitored, Monty exposes himself with a reckless act and puts himself in the crosshairs of Hazelton, a power-hungry uber-patriot who hunts down each bender for execution to ensure his attempt at seizing global power comes to fruition.

Mieko, Monty’s fiery lover, partners with his oldest friend in a race to find and rescue the best man she’s ever met and the only one powerful enough to save the world from Hazelton's insane plan. Those that know Monty are willing to risk it all for him. Pick up Benders and find out if they have what it takes to accomplish their mission, or if their sacrifices will be in vain.  Learn more at www.MarkEricEntertainment.com.

A big thank you to Mark for allowing us a peek into his world and writing processes.  You can pick up his novel or connect with him through his website at www.MarkEricEntertainment.com.